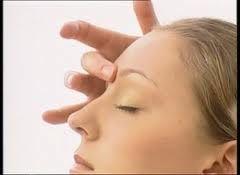 Those who have experienced EFT tapping, report an immediate feeling of relief.

In most cases, people say that their distress levels, about an issue decreased, or completely disappeared, during the course of the EFT emotion focused therapy treatment.

You will be given step by step instructions on how to use these skills of EFT tapping on your own, after your session. Any further unwanted feelings or emotions that arise, you will be able to release all by yourself, as you will easily learn how to use the tapping treatment at home.

Certain emotional issues may require follow-up treatments with a therapist, but learning the technique is easy, so that you can perform such follow-ups on your own.

What is EFT therapy?

EFT tapping (Emotional Freedom Technique) sometimes also called “Psychological or Emotional acupuncture” is based on the ancient treatment of acupuncture. Eastern practitioners have a theory that negative emotions cause disturbances in the body’s energy field.

There is also a key principle that many people are becoming aware of, and that is; our feelings, beliefs, impressions, thoughts and emotions are held in place by energy at a cellular level.

Experiencing intense emotions such as fear, for instance, can cause the energy flowing through the body to be disrupted. Often, it is this energy imbalance that we experience as emotional or physical pain.

EFT tapping helps correct energy imbalance by stimulating energy pressure points with gentle tapping on these points. This is an emotion focused therapy and by tapping with fingers on the meridians (body’s energy systems), many fears and emotional problems can diminish or even vanish in matter of minutes.

Tapping therapy sends pulses through the meridians and releases the emotional charge and once the energy is balanced, the emotional intensity reduces and the fear goes away.

As a hypnotherapist I have found that using hypnosis, EFT tapping and the power of the subconscious mind during a session, has helped people just like you and me, make profound changes sooner then they might have dreamed of.

The basic EFT tapping therapy, involves acknowledging there is an issue you wish to change (a past uncomfortable feeling or emotion that is to be neutralised or released). It is not necessary to get deeply involved or to “re-live” the issue or event, thinking about it is sufficient.

Then, simultaneously while holding these thoughts in mind the tapping therapy begins, using one or two fingers to tap on a series of specific points on the face. These points correspond to meridians used in the treatment of acupuncture and tapping on these meridians can alter the body’s energy field, restoring emotions to a healthy “balance”.

In most cases, people report that their distress levels, about an issue, decrease or completely disappear during the course of the first EFT emotion focused therapy treatment.

EFT tapping is effective for relief from the following symptoms:

EFT tapping, sometimes called psychological acupuncture, may be the answer for overweight men and women who are looking to give food cravings the flick.

Dr Stapleton, a psychologist and the president of the Eating Disorders Association of QLD, said the technique could also be helpful to those battling with obesity.

According to research at Griffith University, Dr Peta Stapleton said: “cravings for comfort foods such as chocolate, chips, cakes and sugary soft drinks could be more easily overcome by what she calls “psychological acupuncture” or tapping”.

Tapping can help over-ride our emotional and physiological responses to different stimuli, including food cravings.

It requires some focus and training but is otherwise an easy, practical and painless way of managing body and mind issues.

EFT tapping is easily learned and I teach my clients the tapping therapy technique for self-treatment for their specific needs, so that they may continue to help themselves.

How much does EFT tapping session cost?

The cost of each EFT session is $210.00 and a typical session lasts about an hour.

In my experience of working with clients, I have also found that there are many advantages of using a combination of Hypnosis treatments with EFT tapping to achieve quick and lasting results.

I share this case study in the hope that more people will explore these quick and easy methods of achieving stress relief, sleeping better and to have more motivation for a healthier lifestyle.

Margaret (not her real name) came to see me because she wanted to fall pregnant. She heard that hypnosis can help reduce stress, anxiety and negative emotions.

She told me she was 38 years old and that five years ago she was diagnosed with unexplained infertility. She had been pregnant three years ago but sadly she miscarried. The memories and emotions of the miscarriage were still raw.

In the last few years she’s been undergoing IVF. After each failed round she experienced an even greater deal of stress and anxiety. It was getting harder to stop the persistent negativity and daily struggle with unresolved emotions; disappointment, anger, frustration, sadness and guilt.

Margaret was shown how to do the EFT tapping at home, to keep her stress and various emotions under control.

We proceeded to the next step.

Hypnosis was used to release the underlying, unresolved feelings around her miscarriage, disappointment and sadness. Hypnosis was of help to connect her with her inner strengths and resources, to manage her emotions more calmly.

During the next session we dealt with lingering emotions. She said: “some negative emotions improved but some still needed more attention”. Hypnosis was used to deal with them more effectively.

Margaret used the EFT tapping skills in between sessions. Whenever her emotions started to get the better of her, she would tap them away. She said she managed to calm herself down rather well. She also reported she slept better since the last hypnosis session.

At the third visit Margaret was visibly relaxed and at ease. She reported feeling more carefree and less emotional. She continued to sleep better and was waking up feeling more energetic and refreshed. She was eating healthier and was more motived for taking care of her health.

This third session helped her to connect with her instincts and to trust in her body. She was able to view her reproductive organs not as in medical textbooks; but as a welcoming little nursery for her baby to snuggled into.

We had another session a few weeks later to reinforce everything. This session helped bring things together, so she can remain stress free and maintain her improved attitude toward herself and her health and wellbeing.

Several months later I received a call from her with wonderful news; she excitedly told me she is pregnant.

This case study describes the profound benefits to a client in a matter of three or four sessions. The client also took away a set of skills to use long after the sessions were done.

In conclusion, hypnosis and EFT combination can be of help for stress relief, both emotional and physical. If you are able to imagine letting go of your fears and if everything in this article makes a lot of common sense, EFT therapy is for you.