Are you suffering in silence with bouts of Irritable Bowel?

Stressed or embarrassed about your IBS (irritable bowel) symptoms?

Are bloating, gut pain and discomfort getting the better of you? Do you avoid unfamiliar places or travelling? Is diarrhoea and bathroom urgency driving you crazy?

Rest assured you are not alone!

IBS is a common condition where people experience repeated discomfort from stomach pain. You will be relieved to know that effective IBS treatments are being developed, including gut directed hypnotherapy for IBS.

But, even if you suspect you have common bowel symptoms, it’s important you get proper medical advice. Just to make sure your symptoms aren’t caused by bowel cancer or any other illness. 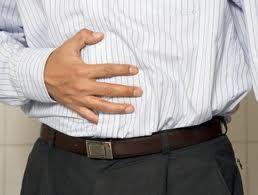 It’s been reported that IBS affects around a third of the population at some point in their lives.

Apparently, there’s no single cause attributed to Irritable Bowel, but there are a number of causes being investigated.

For example, IBS is a disorder that causes a variety of symptoms such as; abdominal pain, constipation, diarrhoea, gas, cramping, and bloating.

As well as all that, Irritable Bowel Syndrome is the name given to a host of otherwise unexplained symptoms relating to a disturbance of the colon or large intestine.

Irritable Bowel is a condition that affects a large percentage of the population, where people get bloating, abdominal pain and cramping over a long period of time. Recent studies have shown that food intolerance, diet, stress and anxiety are a suspected trigger.

IBS can become chronic and debilitating, emotionally and physically.

Until recently, the possibility of using hypnosis to treat gastrointestinal problems had received little attention. In the last 15 years, research has shown that hypnosis can influence gastrointestinal functioning in powerful ways, and that it’s particularly effective in helping patients with irritable bowel syndrome (IBS) and to control nausea and vomiting.

Hypnosis treatment for Irritable Bowel and, Gut focused hypnotherapy, is helping busy people like you and me beat IBS symptoms quickly and easily.

What are IBS (irritable bowel) signs and symptoms

As we have learned, Irritable Bowel Syndrome is the name given to a list of unexplained symptoms relating to a disturbance of the colon or large intestine. Some of the symptoms are:

As previously mentioned, the underlying causes of irritable bowel are still unknown, although some factors have been found to ‘trigger’ attacks in susceptible individuals. Similarly, environmental factors such as changes of routine, emotional stress, infection and diet can trigger an attack. About one in 10 people suffer symptoms severe enough to seek help from their GP. Below is a list of most common causes of IBS such as:

Hypnotherapy has been successful in bringing about relief to IBS sufferers, and has once again attracted the spotlight in the Media. An ABC 7:30 Report interviewed an IBS sufferer as well as a prominent Gastroenterologist, Professor Peter Gibson, a recognised expert in IBS.

Australian research team at Monash University, headed by Professor Gibson, dedicated many years to the ongoing study into causes and management of irritable bowel symptoms. Recently they carried out a specialised study which compared the treatment of gut-related hypnotherapy with that of the low-FODMAP diet.

The results were dramatic and very promising.

However, it has been suggested that some food is best to be eliminated from your diet.

List of food recommended to avoid if you suffer symptoms of IBS:

But researcher studies have found that most people actually don’t have to change their diet when they undergo the gut focused hypnosis.

The Monash University study isn’t the first time it was proven that hypnotherapy has lasting benefits on easing IBS symptoms.

Scientists in Sweden have also found Hypnotherapy to be an effective treatment for Irritable Bowel Syndrome. A study involving 346 patients, concluded that Hypnotherapy is a valid alternative treatment to ease the symptoms of IBS.

What’s even more interesting, the study found that hypnotherapy not only alleviates the discomfort of IBS, but that overall changes remain long-term.

Above all else, if you suspect you have irritable bowel syndrome, it is imperative to seek proper medical advice. This is to make sure that your symptoms aren’t caused by bowel cancer or any other serious illness. For example, coeliac disease, diverticulitis or polyps produce many of the same symptoms as IBS. Lactose or certain food intolerance could also produce bloating, cramps and diarrhoea.

In conclusion, one in five Australians experience irritable bowel syndrome. Research has shown that hypnosis, together with a good diet can be very effective in reducing the symptoms of IBS.

As an experienced Hypnotherapist I know that Irritable Bowel has many different causes, and that the same hypnosis treatment will not be for everybody.

Together we will find a solution that is causing your IBS problems and help to ease them.

Skype hypnotherapy is an effective treatment for people with severe irritable bowel syndrome, as indicated by a new study.

The study of 20 patients who had the treatment via Skype was led by Professor Peter Whorwell at The University of Manchester. The study results were published in the International Journal of Clinical and Experimental Hypnosis

Professor Whorwell is a well known gastroenterologist at Wythenshawe Hospital, Manchester, where he runs a hypnotherapy clinic for IBS patients.

The patients in the said study received 12 hypnotherapy sessions in total. The first was face to face with the remaining 11 sessions delivered via Skype.

SKYPE sessions are found to be a great alternative for people with severe symptoms who are unwell and unable to travel. Similarly these will be of great benefit for those who live too far away from Sydney.

Get in touch today for more information on gut-directed hypnotherapy for Irritable Bowel Syndrome. Call the below number if you want to make a SKYPE appointment for hypnosis IBS therapy sessions. I am Katherine Ferris, your local IBS Hypnotherapy specialist in Sydney, (02) 9568 6801. Alternatively, complete the contact form or book a session online.