Hypnotherapy is a tangible method of pain relief. Hypnosis creates a mind-body connection, making it possible to effectively tap into the powerful resources within the mind, to manage pain.

Over the years in my private practice as a hypnotherapist, I observed that many clients suffer with chronic pain. But their previous X-rays, tests and examinations did not find any physical cause or injury.

So what was causing the pain? Was the pain created by the mind in response to trauma or emotional pain?

Could it be that our mind plays a major role in how we process the experience of pain? As a result, could the power within the mind, together with hypnotherapy, help people to manage physical pain?

Is it possible that our brain decides in some instances, that physical pain is preferable to emotional pain?

Similar kind of theory became apparent to Dr. John Sarno, a Professor and a surgeon for spinal injuries at the rehabilitation centre of New York University.

As a leader and pioneer in mind-body medicine, he began to understand more clearly, the role emotional pain played in his patients lives.

He observed the well-known concept, that stress and negative emotions have a negative influence on the body. This led him to conclude that contrary to common belief, back pain has nothing to do with actual physical abnormalities.

Rather than treating many of his patients with the scalpel, he instead started teaching them how to release emotional trauma. He claimed that a large percentage of chronic back pain stemmed from unresolved and deferred emotional pain.

Apparently he noticed that spine abnormalities were present in most people over the age of twenty. Even in those who have never suffered back pain.

Two main causes of chronic pain are physical tension of overworked muscles and emotional turmoil. Dr. Sarno calls this Tension Myositis Syndrome (TMS). This was his unique way of describing how the raging emotional pain and stress manifest in tense muscles and pain.

In one of his many books “The Mind-body Prescription: Healing the Body, Healing the Pain” (1998) he wrote: “Structural abnormalities of the spine are simply ‘grey hairs of the spine’. In my experience they are rarely the source of pain. When I started to look into it, I found that large numbers of people in whom the pain was being attributed to some structural abnormality, actually had a totally different disorder. It was a disorder in which the pain was very real, but was initiated by emotion”.

After many years of treating patients Dr. Sarno concluded that very rarely conditions such as; Degenerative Osteoarthritis, Spinal Stenosis, Disc Herniation, Scoliosis of the hip; were the cause of pain.

“It wouldn’t make any difference if there were a half a dozen other explanations for the pain. As long as it was clear that the brain was doing this. That the brain was producing symptoms to protect the patient from psychological trauma or turmoil”.

Dr. Sarno reported that many of his patients found permanent relief by having a series of mind-body treatments of psychotherapy and hypnotherapy.

Subsequently, a survey was carried out to follow-up on an 1987 study, of those with herniated discs identified on CT-scans. Survey found that 88% of the 109 randomly selected patients reported that they were free of pain up to three years after the mind-body treatments.

Similarly, according to Dr. John. E. Clarke (2007), more than half of all X-rays, did not find the “cause of symptoms” because most of the symptoms are psychosomatic. However, he said that treatments with Psychotherapy did help patients gain relief from back pain.

My professional experience as a hypnotherapist supports Dr. Sarno’s findings. I have helped a number of my clients become pain free by using hypnotherapy and Dr. Sarno’s suggestions and ideas.

As a Clinical Hypnotherapist I have helped many women learn to manage pain of birthing with Hypnosis, in particular with the Hypnobirthing method of childbirth.

Clients have said that three or four sessions of hypnotherapy helped to relieve their long-standing crippling pain. Afterwards, they’ve maintained the pain relief by listening to chronic pain hypnosis cds at home.

Results of treatments will differ from client to client. Some will experience reduction in pain after just a few sessions. Others need further follow-up treatments to more effectively deal with the underlying emotional turmoil. 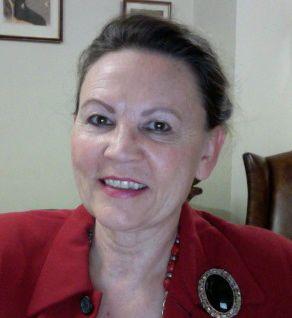